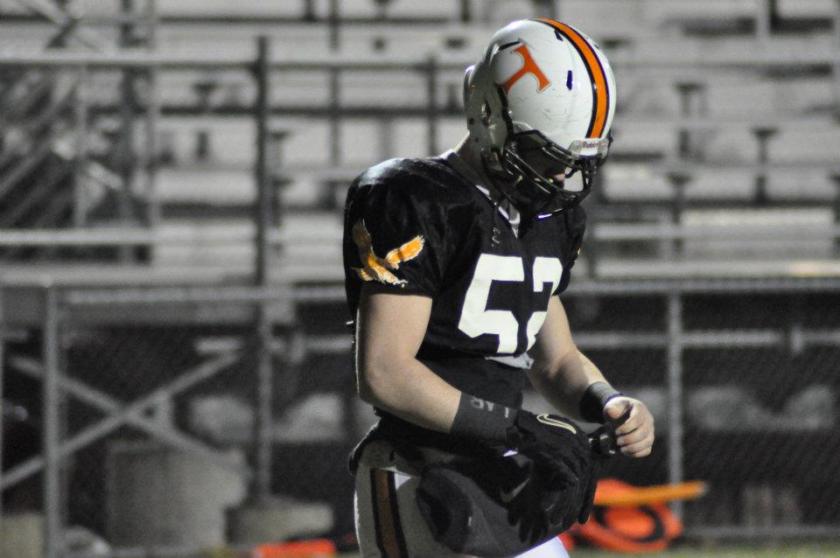 As much as critics complain about the direction of the game of football – that it’s becoming too soft, that hitting is being regulated out, that more and more rules are created to aid the offense – there’s no denying that it’s still as physical and rough a game as one could choose to play.

But there’s no denying that some of the game’s cherished motifs become relative ideas over time.  One is that of smash-mouth football.  Nowadays it basically means pounding the football, controlling the game with the run, and never quitting on the rushing attack.

But in 2018, offenses are very different from what was seen even 30 years ago.  Now most high school teams employ spread formations to keep defenders away from running lanes in the middle of the field.  Others run wing-t, or variations of it, and that relies heavily on misdirection.

There was a time when smash-mouth football meant exactly what the name implied.  In tight quarters a team was going to run the ball directly at the heart of a defense, and that defense was either going to stop it or get blasted off the line of scrimmage.

Rick Day played in that era of football, and his temperament and talents were uniquely suited for the time period.  He is one of the two starting defensive ends on the rebooted All-Time Team at Tyrone Area High School.

Day’s final season was in 1988, so he missed the explosion of high school football internet hype by about 10 years.  Offensive stats were the only ones tracked in local newspapers, and the most important numbers were the ones on the scoreboard to the right of “Home” and “Away” so it’s not easy to quantify what Day did on the playing field, and it’s probably better that way.  That’s because Day’s greatest attributes wouldn’t show up on a stat sheet anyway, like the level of intimidation he brought to a defense or the intensity with which he played.

Standing only 5-foot-7, Day was unblockable coming off the edge.  He probably wouldn’t have been mistaken for a track sprinter, but there is a world of difference between track-fast and football-fast.  Day was football fast, and he never slowed until he went through a ball carrier.  And it’s a good thing a ball carrier was there to be the air bag to save Day from barreling into the turf because those collisions were head-on car wrecks.

There are some numbers that have survived as more than legend from Day’s two seasons as a starting defensive end in 1987 and 1988.  For example, against Lewistown in 1987, Day had seven sacks.

That is not a misprint.  Seven. It’s not just common that a player at defensive end will go an entire high school season and not have seven sacks; it’s downright likely.  Day had seven in one game.  (How the Eagles won only 14-0 is the subject for another story, but that was pretty much the M-O for the championship squad of 1987).

Day was a second team Big 8 selection in 1987, and a first-team choice in 1988, when he also made the Central Counties second team.

Playing opposite Day is a player from the Franco Era who in two seasons as a starter set the standard for future pass rushers in terms of numbers. Corbin Nevling-Ray started for Tyrone in 2010 and 2011, and in that time he got to the football more frequently than anyone to ever play at Tyrone.

There’s no question that in 2010, Nevling-Ray benefited from teams paying extra-special attention to defensive tackle Jared Templeton, a ferocious pass rusher in his own right.  To credit all of his team-high 17.5 tackles for loss that season to double-teams on Templeton would be misguided, however.  Most of them came as a result of his quick release off the edge and his relentless pursuit of the football.

Nevling-Ray also had 6.5 sacks as a junior, along with three takeaways, but he did not make the Mountain League Nittany Division first team.

So in 2011, when the Golden Eagles marched to their third state championship game, Nevling-Ray turned it up a notch to clearly demonstrate he didn’t have to be Robin; he was talented enough to be Batman, too.

In 2011, Nevling-Ray recorded 25.5 tackles for loss and just missed tying Scott Gummo’s school-record 13 sacks with 12.5.  He also had two takeaways.

Nevling-Ray finished his career with a record 43 tackles for loss to go along with 19 sacks, which ranks second all time.  He also was named to the Pennsylvania Football News first-team All-State squad, as well as the Nittany Division first team.

To find some invitees for the All-Time training camp, you wouldn’t have to search much further than the Golden Eagles from 2006 through 2008. Over that three-year period, Tyrone’s defense never allowed double-digit points-against for a season, and Johnny Shaffer and Matt Murray book ending the defensive line was a big reason why.

Shaffer finished his career with 33 tackles for loss and 13 sacks in three seasons starting for the Golden Eagles defense.  Murray, a three-year starter on the offensive line, moved into his position on defense as a junior and recorded 16.5 tackles for loss and six sacks.  Dealing with one of those players would be a handful.  Scheming for both would be an absolute nightmare, which is what is was like to play against the Golden Eagles during that stretch.